YES and our Summer event can now be revealed:

Jeff Lint: 'The most imaginative and inconvenient SF writer in modern history' 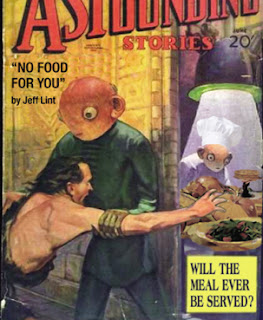 LINT THE MOVIE documents the life and work of cult SF author and philosopher JEFF LINT, creator of some of the strangest and most inventive works of the twentieth century. 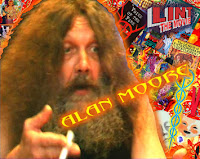 Featuring clips from Lint's books, cartoons, music, comics and films, plus interviews with fans & critics, the movie follows Lint's life from the days of vintage pulp, through his adoption by the psychedelic counterculture and disastrous scripts for 'Star Trek' and 'Patton'; to his status as an enigmatic cult figure. Never-before-seen archive footage and recordings of Lint himself, and commentary by those who knew and read him, results in a compelling portrait of the creator of Clowns & Insects, Jelly Result, The Stupid Conversation, The Riding On Luggage Show, the CATERER comic, and Catty and the Major, the scariest kids' cartoon ever aired. 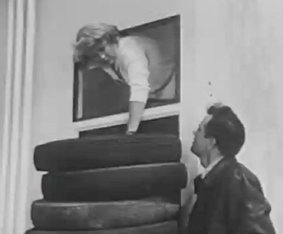 Lint’s was a career haunted by death, including the undetected death of his agent, the suspicious death of his rival Herzog, and the unshakable 'Lint is dead' rumours, which persisted even after his death. Like his contemporary Philip K. Dick, he was blithely ahead of his time.
Based on Steve Aylett's books 'LINT' and 'And Your Point Is?'﻿
This special Brighton screening will be introduced by Lint biographer and director Mr Steve Aylett
More to the bill to be announced soon!
Doors: 7.00pm
Tickets: £5.00
Online NOW: wegottickets.com
In Brighton (from 29th May): Dave's Comics, Resident Records, EdgeWorld
Screening at: The West Hill Community Hall
Compton Avenue, Brighton, East Sussex BN1 3PS.
The hall is a 5 minute walk from Brighton train station up Terminus Road towards Seven Dials. Tucked away down it's own little off-road a little ways up and across from the West Hill Pub on the corner of Buckingham Place and Compton Ave. You can't miss it. 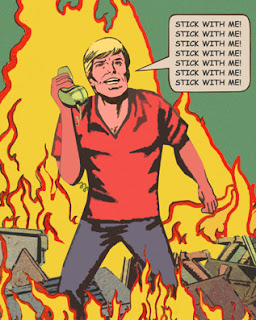 ﻿
﻿FIND KINO CLUB ON FACEBOOK BECAUSE
Posted by Kino Club at 16:38